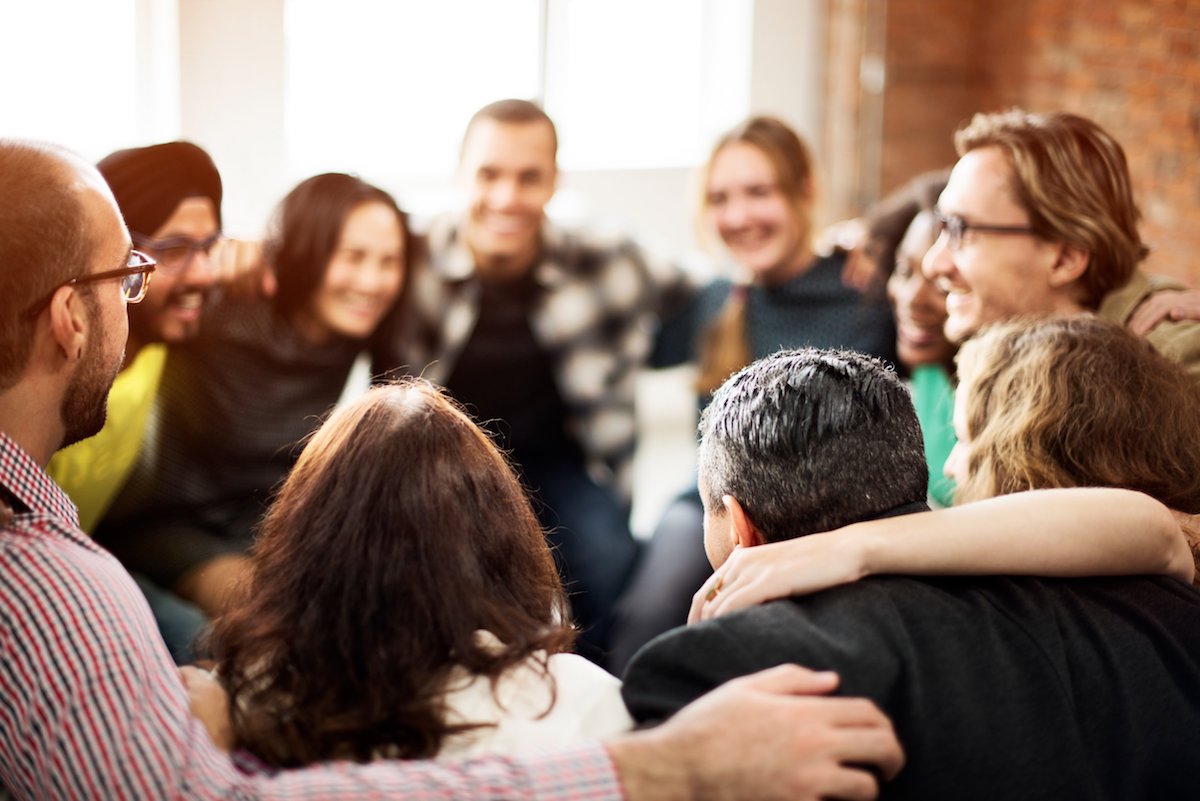 10 Team-Building Games for Your Next Meeting

Team-building games can feel cheesy sometimes, but they’re often very effective for breaking the ice and helping employees learn how to work together. You can’t play the same one over and over though, so I decided to look up some team-building games to play at your next meeting in my back pocket for the future.

So, what are ten team-building games to play at your next meeting? These include the marshmallow challenge, the beach ball challenge, Human Knot, Password, Two Truths, and a Lie, team drawing, Minefield, the perfect square challenge, a paper airplane competition, and Flip the Towel.

You can choose which of these games will fit your particular team and your meeting’s goals best, as they all bring something different to the table.

This is a really fun, creative thinking game that can help team members learn how to work together under pressure. The object of the game is to build the tallest free-standing structure out of 20 sticks of spaghetti, one yard of string, and one yard of tape. The catch is that it has to be done in 20 minutes and has to be able to support a marshmallow on top.

This game is best played outdoors, and it’s a fun way to foster teamwork and communication. Have your team stand in a circle and instruct them that their goal is to keep the beach ball in the air for as long as possible without anyone touching it twice in a row. You can also play this game with a balloon or volleyball.

This classic game is a great way to get team members talking and working together. To play the game, one player gives a clue to another player about a word, without actually saying the word itself. The player receiving the clue then has to guess the word.

This is a great icebreaker game that can help new team members get to know each other better. The object of the game is for each player to share two truths and one lie about themselves, and then let the other players guess which is which. 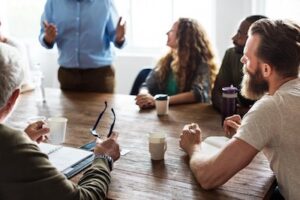 This game is all about teamwork and communication. You’ll divide everyone into pairs and tell them to sit back to back. Give one team member a paper and pen, as they’ll be drawing what their teammate instructs them to.

The catch? The team member doing the talking can’t name the final object. This means they have to give directions like, “Draw a stack of three circles with a square on top,” if they’re trying to describe a snowman. Once everyone is finished, they can look at their drawings and laugh about how close or far off they were.

This game is great for helping team members learn how to trust and rely on each other. You’ll need a large open space and enough small objects (such as balls or cones) to create a “minefield.” The object of the game is for one team member to guide another blindfolded team member through the minefield without touching any of the mines. They do this by calling out directions like, “Step forward two steps.”

This game is all about teamwork and communication. You’ll need to divide your team into groups of four (it can be up to six) and then give each one a long piece of rope.

Blindfold everyone and hand one member the rope. Then instruct the teams to pass the rope around so that each person has a hold on it and then create a perfect square by talking to each other. Once they think they have it, they can drop the rope and take off their blindfolds to see how they did.

Divide your team into smaller groups and give them plenty of paper. Each group then has to create a paper airplane within 10-15 minutes that they’ll use in a competition to see which paper airplane will fly the farthest. 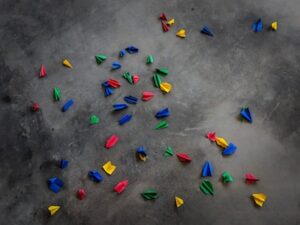 This game is all about teamwork and communication. Your team has to all stand on the towel (or blanket or sheet depending on how big your team is) and then flip it entirely over without anyone touching the ground off of the towel.

These are just a few ideas for team-building games that you can play at your next meeting.

How To Choose the Right Team-Building Game

Team building games aren’t one-size-fits-all, so you must find a game that fits your team’s needs best. Here are some factors to keep in mind.

In addition, a group of graphic designers might enjoy or be stretched by different games than a group of accountants would, so it’s a good idea to keep those aspects in mind too as you’re choosing your activities.

2. Your Goals for the Team-Building Activity or Meeting.

If your meeting’s whole goal is to help people get to know each other, a game like Two Truths and a Lie that’s designed to break the ice and get people loose and chatty may be your best option.

If your goal is to help your team learn how to push past their differences or get better at overcoming challenges, you might choose a game like Flip the Towel or the perfect square challenge that requires group problem-solving.

Your goal may even just be to get everyone up and moving. Sitting in a meeting for a few hours can leave you stiff and sleepy, so participating in an active game like the beach ball challenge or Human Knot can do a lot to boost morale and focus.

Some games just aren’t meant for small conference rooms, so choose an activity that will be possible in your space.

If you’re going to be in a quiet office environment, you might want to go for a more subdued game or move the team outside. If you have free reign of a large auditorium, on the other hand, you’ll be able to do more indoors.

In some cases, if your budget allows, it might be best to outsource your team building and rent meeting space or do an organized activity like an escape room to avoid disrupting your clients or other coworkers.

These are just a few of the factors to consider when you’re choosing a team-building game for your next meeting.

What Makes a Good Team-Building Game

This one seems obvious, but it’s important. If the game isn’t fun, people will end up more frustrated with each other than when they started, and it won’t be an effective team-building activity. Remember that fun games are also winnable, so a team-building game should be challenging, but not impossible to win or complete.

2. It Challenges Your Team.

A good game will push your team members out of their comfort zones and force them to think in new ways. It should also give them a chance to learn new skills or practice old ones, even if they seem unrelated to your work.

A good team-building game will give everyone on your team a chance to step up and take a leadership role at some point. This is important because it helps break down barriers between people of different levels within an organization and encourages teamwork and cooperation. 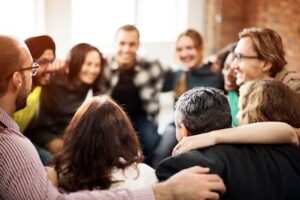 What do I do if a team-building game doesn’t go well?

There are a few things you can do to try and salvage a game that isn’t going well. If people are having trouble with a particular challenge, change the rules to make it easier or give them more time. If a game is still not going well, it’s okay to end it early and move on to something else. It’s better to cut your losses than to try and continue with a game that’s just not working.

How many team-building games should I plan for a meeting?

If you’re just looking to break the ice and get people moving, one or two quick games should be sufficient. If you’re looking for a more in-depth team-building experience, you might want to plan for multiple games. No matter what though, it’s always a good idea to have at least one backup game on hand in case something goes wrong with the ones you had planned.