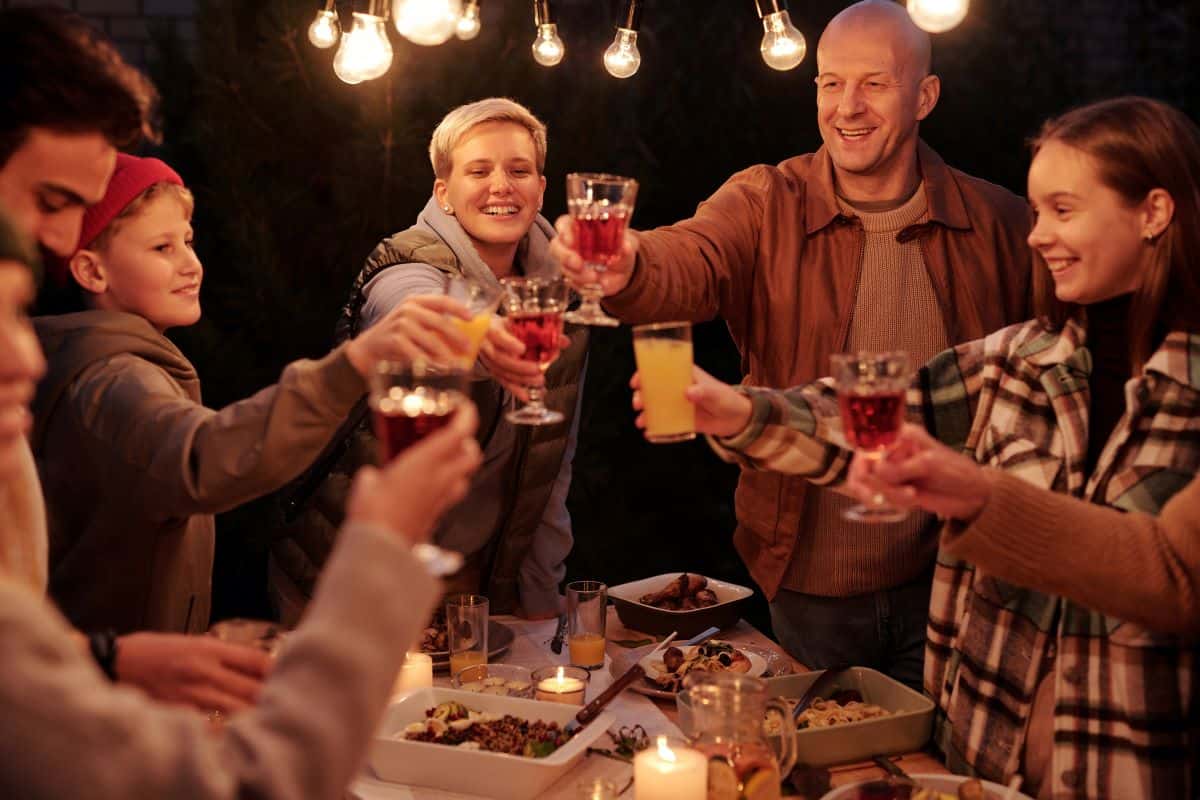 Playing games is a great way to get to know your kids and for them to get to know each other. They help build friendships and provide opportunities for everyone to enjoy time together. When you find yourself home with your family on a weekend night, there are quite a few game options you can play together. Whether you are looking for something lighthearted or competitive, we’ve got something for everyone!

Entertaining games include a different number of player requirements, supplies, or just intellectual knowledge to play them. Depending on the ages in your family game night, it is best to decide on games that all involved can not only play, but the games are appropriate for all ages. You can play the following games with your family of all ages:

I recommend that you try having your game night sometime. When you do, keep the following in mind: you should play with people who are honest and can be trusted not to take advantage of an opportunity if one presents itself. Not everybody can be trusted to do this, of course.

Unless you want the games to go on for a very long time, I recommend having anywhere from 3 or 4 teams of players. You can even have different groups within the same game compete against each other if you want.

It just depends on how many people there are and what kind of games you want to play. It is wise not to limit yourself to one kind of game or activity.

You can always have a night where somebody comes up with a theme and everybody has to make an activity related to that theme. This makes it easier for people to get creative, and can also help them learn new skills in the process too.

If somebody doesn’t like a game, don’t force them to play it. That means that they’re not going to enjoy your family game night either. I think the best games/activities are the ones that everyone can do and have fun with while playing.

Be creative and do some brainstorming! You might just come up with something brilliant. It is important to be prepared for people to get tired and want to stop playing after a while. The last one or two games may not be as much fun as the rest because everyone’s getting burned out. 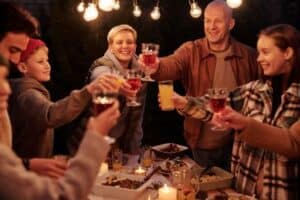 Keeping the kids entertained can be a challenge. Here are 6 enjoyable and engaging games to try with your family and friends:

A classic game of clues and guessing, this is an entertaining activity that everyone will enjoy.

First, someone has to volunteer to be an artist. If no one wants to do it then I will volunteer since I am the host of this game after all. Second, everyone except for the artist gets into a circle around him or her.

Everyone should have their hands raised about shoulder height with palms facing down and fingers spread apart so the artist has room to draw. Third, the person who volunteered as the artist tries to get someone else in the circle to guess what is being drawn without saying any part of it out loud or using their hands.

If they are unable to think of anything then they can pass and try again later (but not twice because that will be boring for everyone). If they guess correctly, then the artist moves on to the next person.

When someone guesses incorrectly (even if it is only by one letter), then that person becomes the artist and everyone rotates clockwise so they are in a new position to draw. Fourth, repeat step 3 until every player has had a turn as the artist.

How to Win Pictionary

Rotate positions in the circle so that everyone has had a turn as the artist and is now in a new position to guess. Repeat steps 3-5 until someone guesses correctly with no hints. The winner gets to brag for five seconds about how awesome they are at Pictionary (or whatever you want to call it).

Everyone congratulates them for being so awesome. Then the game starts all over again with a new artist. Determine in advance how many rounds everyone will play before rotating positions in the circle or when someone wins (the former is more likely).

If playing with children then make sure you yell “Freeze!” if they raise their hands too high or start wiggling their fingers too much because that makes it hard for the artist to draw.

A game of clues, mime, and acting, is a great way to have fun with your children without worrying about the language barrier.

Charades involve the players being split up into teams. The first player to begin the charades will be team A, who will act out the first word they are given until the team guesses the answer correctly. The second player from team B will begin to do the same after the time is up for team A.

There is much variety to how this game is played, from the number of rounds to the number of words each player is required to act out. Often, most people have a time of 1 min per player. The first team to hit the highest score after all rounds win.

Have each person decorate their brown bag with markers, stickers, and anything they can find inside the house to make their snack shack look like something special.

Put a variety of snacks inside the bags, including candy, chips, fruit snacks, popcorn, etc. Then each person will pick one item from their bag and take turns being the judge of what is the best tasting snack.

The player who wins gets to keep all of the food in their bag. To make the game last longer, you can give each person five items to start with, and whoever loses gets to take one of their items away. 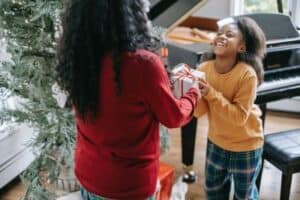 A simple but fun game that tests your patience and endurance, this is a great way to build comradery with your fellow players.

This can be played with as few as two players, but it is more fun to have at least three or four! Players sit in a circle and hold on to a wrapped gift. Then one person begins unwrapping.

When they finish, they pass the gift onto their left-hand neighbor and keep going until each player has unwrapped it. Players can only use one hand when passing the gift (for example they cannot lift their right leg to pass it underneath).

If anyone drops or opens their present early then that person is out of the game and all gifts are opened. The last player left wins, but if everyone wins then you must keep playing!

For Heads Up, you need at least seven players and a group of chairs. One player stands in the middle of the circle while everyone else sits on chairs around them.

Put one chair down so there are only six chairs total (or five, four, etc…). The person in the center faces away from the other people and begins by looking at an opposite wall or corner for about ten seconds. Then they must turn around and look straight forward as fast as possible, assessing who is missing from their chairs based on where everyone else is looking.

This game is best played with at least four people so there are at least two drawing pairs. All players sit in a circle and one player begins by picking someone to go first (like Heads or Tails).

If they pick heads, then that person picks another person to go first with him/her and if they pick tails then the person sitting to their left goes first. This process continues until all players have gone first once.

After that, everyone should sit back in their spot and close their eyes while the person who went last describes something to them for them to draw on paper. The catch is that they are not allowed to say anything, so they must only use gestures or other visual clues!

Once one minute has passed, then they must stop drawing and everyone opens their eyes to see the finished product. They cannot say any words or clues during this time, but they can describe what they are doing if someone else is confused!

Once one minute has passed, then the first person takes out his or her paper and holds it up for everyone to see. Whoever guessed correctly gets a point and it is their turn to describe something for someone else to draw. After everyone has had a chance to guess, the person with the most points wins! 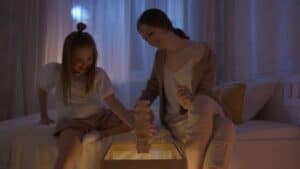 We hope these games provide endless joy and laughter during your upcoming family game night.