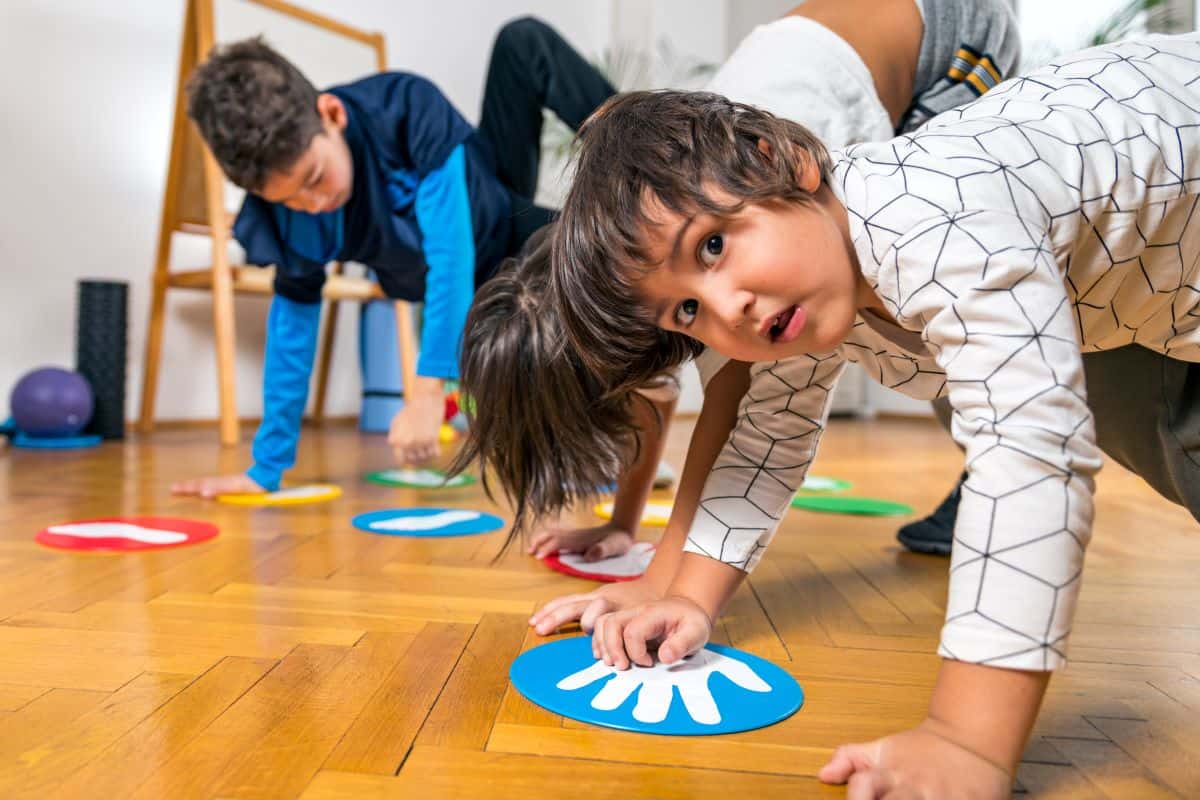 Whether you are a children’s church leader or looking for some simple games to relax your kids at the end of the day, these ten no supplies group games are perfect. Every single one is easy to run with no special equipment needed. All of them can be tweaked slightly to suit both boys and girls. Most importantly, all of them are fun!

There is something for everyone here. If you don’t like a mess or want to throw a game together last minute, there are plenty of ideas to ensure the kids have fun. Here are 10 exciting no supplies group games for children’s church: 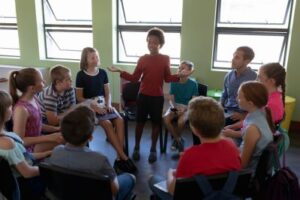 For this game, all you will need is a chair and a way to play music. Place one less chair than they have players around the outside of the circle and turn some music on. As soon as the music stops, everyone must scramble to find a seat, and you ring a bell to warn that the music is coming to an end.

The last child without a chair gets “out”. Keep putting chairs back in until there are only two children left, ensuring that both get plenty of turns! Then invite them both upfront while you take all the chairs away, leaving just one – for whoever wins this game will win themselves a prize.

This game is very similar to musical chairs, but instead of having kids run around until the music stops, this game requires them to freeze in place. Start by playing exciting music and have your kids dance like crazy to it throughout children’s church.

Then at the end of every song, make the kids freeze where they are standing (even if they are jumping up and down). After about 20 seconds, turn off the music and let them go again. The last kid that hasn’t frozen will be out! Keep repeating this process until there is only one child left.

This one is a fun relay that gets your kids up and moving around while also practicing their listening skills at the same time! To play, all you need is to split your church into three teams (or more if needed). Each team will have an adult who goes with them to act as their captain.

Then divide the kids into two groups so that they are even in number on each side of the room. Make sure everyone knows which team they are playing for before beginning. Whenever you are ready to start, you say “go” and have one person from each team try and tag the person on the other side of the room.

When they do this, they need to yell out their team’s name and position (i.e., “Pirate 1, Pirate 2”) and then run back to their captain for a new player. The last team with players still in is the winner!

A classic children’s church favorite, Simon Says, is so simple but so much fun! To play, all you need is to sit in front of the group (you can even turn around so that your back is facing them if you like) and say, “Simon says touch your toes”.

If it’s not Simon who said it, then none of the kids are allowed to move. Then on the next round say, “Simon says touch your knees.” You can choose how high or low to go each time, keep adding more until someone makes a mistake. The last person standing wins!

This game is a great one for when you need to calm things down or as an excellent way to finish off children’s church. You can even make it interactive by asking the kids questions like “What was your favorite part of church today?” and letting them take turns answering.

To play, all you need is to divide the kids into two groups (boys on one side, girls on the other) and line them up at opposite sides of the room. Then tell them that whenever they hear you say “sit,” everyone must sit down cross-legged wherever they are standing and put their hands behind their backs.

When you say “quietly,” they should stop moving but still keep their open and be silent until you say “go” again. The first group to have everyone sit down quietly wins! 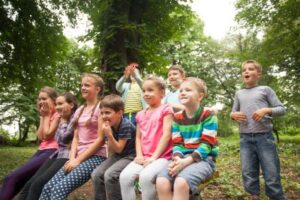 This game is really fun even though you don’t have to supply any supplies! All you need is a bunch of different objects to hide around the room. You can make them puzzles or just trail markers depending on your church’s needs and how creative you feel.

Then give each team a card with instructions on what they are looking for, one that needs to be found by everyone per side if you have more than two teams. Once it has been found, whoever finds it calls out their team name and yells, “We found it!” They win an extra point!

This will work great for all ages, including older kids who might get too embarrassed playing some of the other games on this list. Place things in humorous places so that the kids get a laugh while also trying to find stuff without being too obvious about it.

This classic children’s church game is a really easy one to do without supplies too! Just sit in a circle with your kids and whisper “duck” or “goose” while pointing at them. This signals if they should move clockwise or counterclockwise around the circle.

The fun part is when someone gets caught; then, instead of sitting in their place, they have to chase whoever was on the opposing side before the person who got caught and gently taps them on the back (so that it’s close enough to tag but not hit). If you get tagged/tapped, then you’re out, and that team loses a player. It keeps going until there are no more players on one team!

This game is a great one vs. many style game for churches that have more than two teams competing against each other. It’s fairly simple, just have one person from Team A put on a blindfold and then kneel. The one doing the “rescuing” should take a big blanket or sheet to cover up the other player as much as possible while still letting them breathe!

That person can also help by holding their waist/back area tightly so that they don’t move around too much. Then everyone else from Team A needs to close their eyes or turn their heads away as they walk towards the opposite side of the room, making sure not to make any noises along the way.

Once they get there, they can shout something like “We’re here to save you!” and then pick up the blindfolded player and bring them back to their side of the room.

This game is a simple yet challenging game where two people from each team stand next to each other and try to interlace their arms with each other without letting go. If anyone lets go, they should sit down in their place and not be allowed back into play that round.

It keeps going until everyone has been untangled! The winning team gets the point. For this game, you can choose kids of all different ages. It is probably best for smaller children who won’t accidentally hurt each other if they get tangled up. 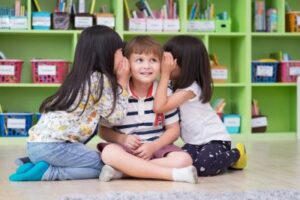 For this game, you can choose one person to be “It”. They need to close their eyes or turn around while everyone else gets in a line.

Once everyone is lined up, the first child should go up to the person who’s It and whisper something in their ear. Then that person needs to walk back down the line whispering what they think they heard until it eventually reaches the last kid in line without them saying anything out loud along the way.

The last kid then says whatever was whispered into their ear by the original player, which is usually something different from what they originally said! The player who got it right wins a point for their team. This game is a lot of fun and easy to play while working well for all ages! Make sure you have kid-safe words ready, though, so everyone has a good time.

With these 10 exciting no supplies group games for children’s church, we hope we’ve inspired you to come up with some ideas of your own. Your kids can have a blast while staying active as well as entertained during children’s church. Try something new this upcoming Sunday. You will see how much the children laugh as they try not to fall over each other or lose at Duck Duck Goose!

Games do not always have to require countless supplies. With these no supplies group games, you’ll be able to keep your kids engaged, having fun, and want to come back each week.