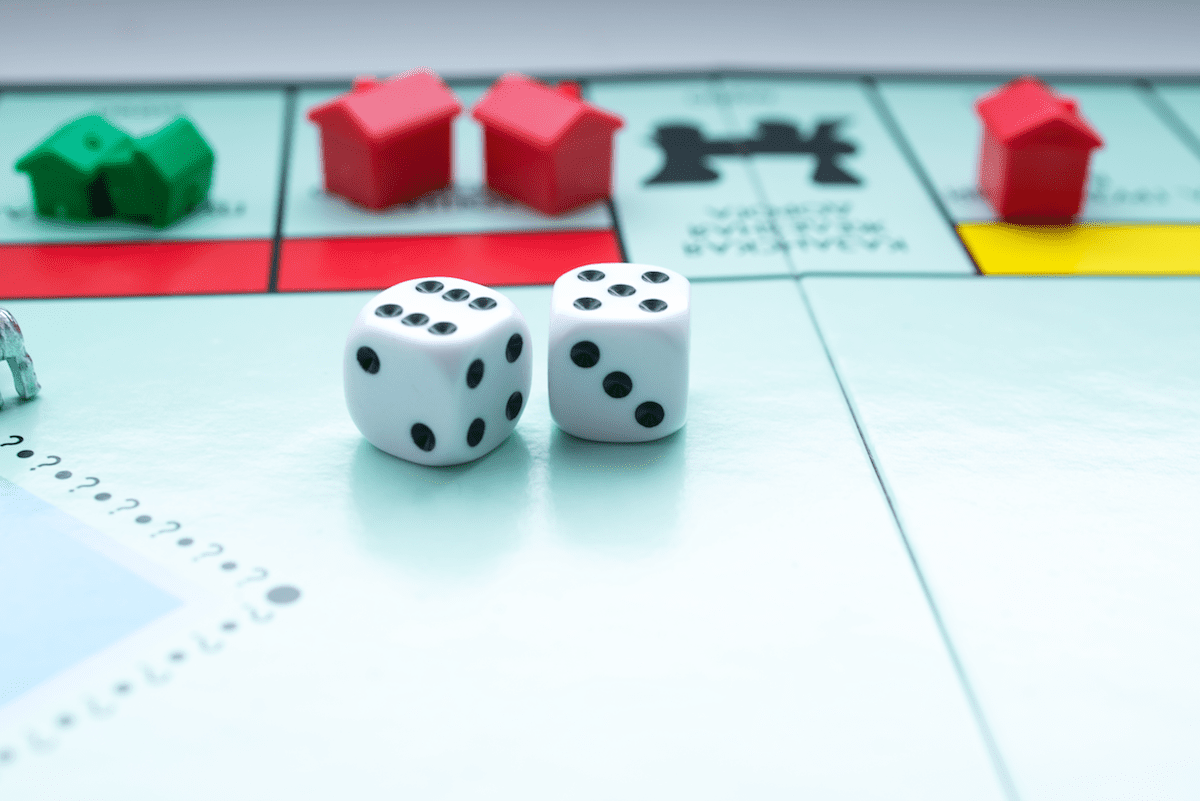 I love playing classic board games with my family, but sometimes we have trouble remembering the rules for even the most familiar games. Monopoly is one of these, especially when it comes to how it ends. So, how does Monopoly end?

Monopoly ends when all but one player go bankrupt. Players go bankrupt when they can’t pay rent or a fine on their turn, even after mortgaging their properties and selling their assets. However, there is technically another way to end the game, which is when all players agree to end the game.

So, now that you have an idea of the ways how a game monopoly ends, let’s examine the rules and how to play the game so that you can win and end the game yourself. As there are a few different ways players can go bankrupt while playing Monopoly, and a few ways players can work to cause their opponents to go bankrupt. So, if you would like to know all of this and more, keep reading! 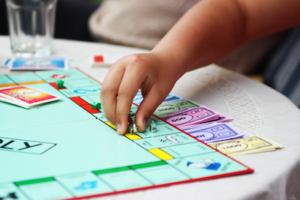 Monopoly is famous for being one of the longer board games to play, with some games lasting several days. (If you’re playing with a particularly dedicated bunch, it’s wise to collect money for food before you start — you’re going to be there for a while.) It’s also known for being incredibly frustrating and vicious, with tales of people losing their tempers and abruptly ending the game in a fit of rage when they knock all of the carefully arranged pieces off of the board.

The true — and, in theory, more peaceful — way to win Monopoly is to be the last player standing, and the only way to do this is by bankrupting all of your opponents. You can do this in a few different ways:

1. By Making Smart Investments and Trades Throughout the Game.

2. By Landing on Properties Your Opponents Must Pay Rent On.

3. By Drawing Chance or Community Chest Cards That Force Your Opponents to Pay You Money.

4. By Forcing Your Opponents to Pay Fines Through Actions like Going to Jail.

How you choose to bankrupt your opponents is up to you, but just remember that the goal of the game is to be the last one standing, not necessarily to make the most money.

Other Ways to Win

Of course, you can also win Monopoly by default if all of your opponents just happen to go bankrupt on their own. Players go bankrupt when they can no longer pay their debts: If a player owes rent or a fine and doesn’t have enough money to pay it, they must declare bankruptcy. In other words, if a player has no more money and no properties that can be mortgaged, they must declare bankruptcy.

When a player declares bankruptcy, they immediately lose the game, and all of their possessions are given to their opponent (or divided amongst their opponents, if there is more than one). The bankrupt player is out of the game and cannot win, even if another player goes bankrupt later on.

There is technically another way to win Monopoly: all players agree to end the game. If players want to end the game before all but one goes bankrupt, they can do so by unanimous vote. Once that happens, the player with the most money wins.

Like all games, there are always house rules that players can agree on before starting the game. These house rules can change the way Monopoly ends, and some players may even choose to end the game differently if they feel it’s fairer or more fun.

Monopoly is a game of strategy, and there are a few different ways to play the game. Some players try to amass as much wealth as possible, while others focus on bankrupting their opponents.

There are a few different strategies players can use to try to win Monopoly:

1. Build a Monopoly By Buying All of the Properties In one Color Group.

This will allow you to charge higher rents and make it more difficult for your opponents to land on your properties.

2. Buy Properties That Have High Rents, such as Boardwalk and Park Place.

These properties will be expensive, but they’ll also be more likely to bankrupt your opponents when they land on them.

3. Try to Avoid Going to Jail.

This will help you stay out of debt and keep your money safe.

4. Save Your Money and Don’t Make Any Risky Investments.

This strategy is more likely to result in a long game, but it will give you a better chance of winning if you can weather the storm.

If you’re in danger of going bankrupt, there are a few things you can do:

1. Try to Sell Some of Your Properties or Trades

This will help you raise money and stay out of debt.

2. Go to Jail and Stay There

This may seem counterintuitive, but going to Jail can actually help you avoid bankruptcy. If you can’t pay your debts, you’ll be sent to Jail, but you won’t have to pay any fines while you’re there. You can also use this time to save up money so that you can pay your debts when you get out of Jail.

3. Negotiate With Your Opponents

If you’re in danger of going bankrupt, try to negotiate with your opponents. They may be willing to work out a deal with you so that they can recoup some of their losses.

Remember, the goal of Monopoly is to be the last one standing. So, if you find yourself in a difficult situation, don’t be afraid to take risks. Sometimes, the only way to win is to go all in and hope for the best. There is no one right way to win Monopoly. It’s up to each player to decide what strategy they want to use, and usually, using a combination of these strategies is the best way to secure a victory. The most important thing is to have fun and enjoy the game, regardless of how you choose to play. 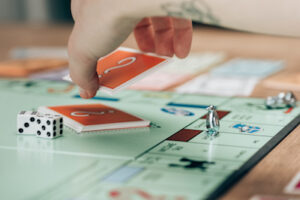 How to Make Monopoly End Faster

Monopoly can be a fun and exciting game, but it can also be frustrating and frustratingly long. If you’re looking for ways to speed up the game, there are a few things you can do:

There are a variety of house rules that can make Monopoly more exciting and faster-paced. For example, some players may choose to give each player a set amount of money at the start of the game, or they may choose to have a shorter time limit for each turn.

If you’re finding that Monopoly is taking too long, you can try playing with less money. This will make the game shorter and more exciting, as players will have to take more risks.

If you’re playing with four or more players, Monopoly can start to drag on. Try playing with three players instead, which will help to keep the game moving.

4. Randomly Deal Out the Property Cards At the Beginning of the Game

Some won’t enjoy this, but for the casual player, it can help the game go much more quickly since they get to skip the first section of the game where everyone is just trying to buy property.

Monopoly is a fun and classic game that can be enjoyed by people of all ages. Remember that there is no one right way to play the game and that house rules can always be used to make the game more exciting. The most important thing is to have fun, so don’t be afraid to experiment and find what works best for you and your friends.

How long does a game of Monopoly usually last?

A game of Monopoly can last anywhere from 30 minutes to several hours to several days, depending on the number of players and the amount of time each player takes to make their moves. The game can also be shorter or longer depending on house rules.

When was Monopoly invented?

Monopoly was invented in 1935 when Charles Darrow sold the game concept to Parker Brothers. It was based on an earlier game called The Landlord’s Game, which was created by Elizabeth Magie in 1904. Also, the homemade versions of the game were played across the country before Parker Brothers started producing it.

Why is Monopoly so popular?

Monopoly is popular because it’s a classic board game that can be enjoyed by people of all ages. It’s also a very strategic game, so players who are looking for a challenge will enjoy trying to outsmart their opponents. In addition, there are many different editions of Monopoly featuring cities and towns around the world, drawing people to try out the versions of the game that are based on their hometowns.