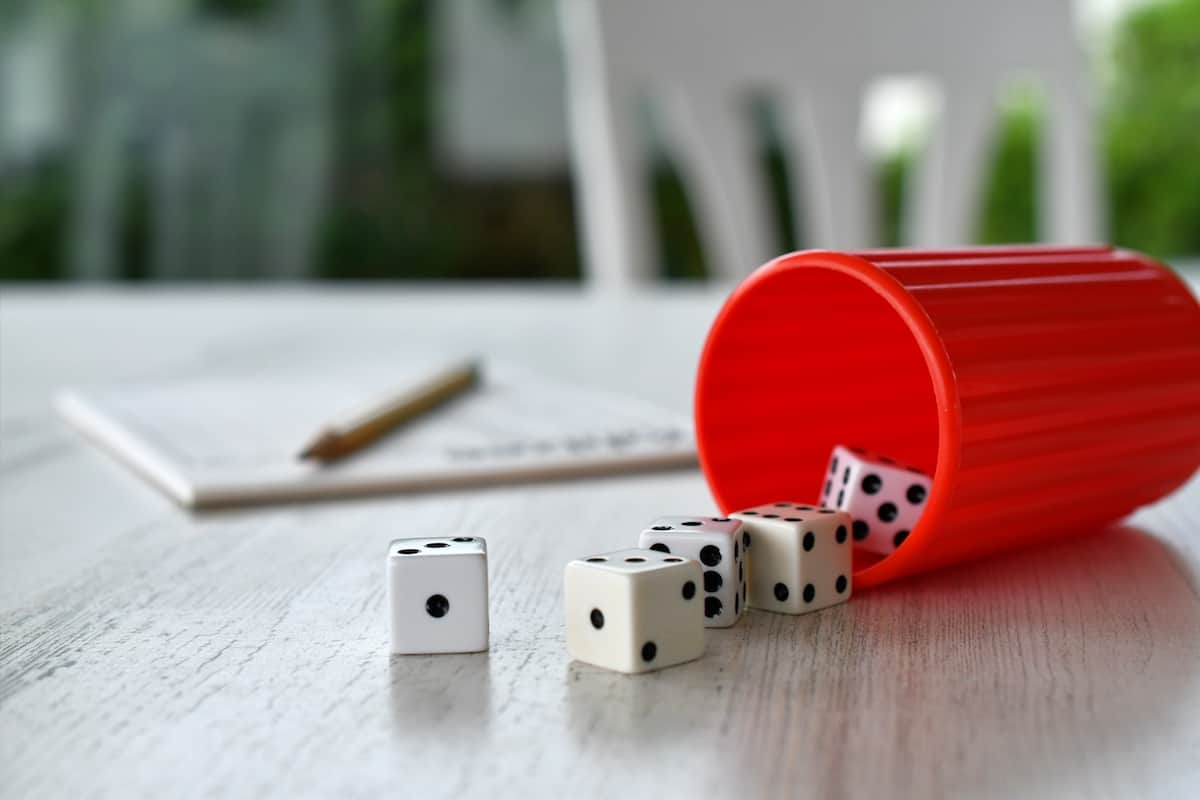 Are There Official Farkle Rules?

I had always thought it was one of those made-up games you played at the church youth group. When I had gone to a different church the rules would change subtly or in some cases, it would feel like a totally different game. However, one rule that is always consistent is that it is more fun when you play with more than four players. So, are there official Farkle rules?

Yes, there are actual rules to Farkle, as the goal of the game is to score at least 10,000 points. As when the first player scores 10,000 or more points wins the game, provided no other players can exceed that score on their next turn.

So, now that you know there are actual rules to Farkle and you have an idea of what they are, let’s discuss all of the rules in more detail. So, keep reading to learn this and more! 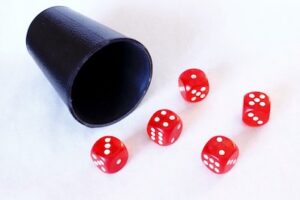 Are There Rules To Farkle?

It is a good question to ask since there are many variations of the game. The answer is that yes, there are rules to Farkle but they are more guidelines than anything else. The game is meant to be enjoyable and not to be taken too seriously. There are many different ways to score points and the rules can be modified to fit the players’ needs.

One of the most important things to remember and to promote when playing Farkle is that it is more fun when you have more than four players. The game can be played with any number of people but it is recommended to have at least four so that there are enough people to socialize with and to make the game more interesting.

Playing Farkle is easy and only requires a few simple steps:

The game of Farkle requires the following:

Farkle may be played by two or more people, although it is best enjoyed with three to eight players.

There are many different versions of Farkle, so players must agree on which set of rules to use before starting the game. Our scoring summary chart includes all of the most commonly used rules and variations, making it easy for you to find the perfect fit for your game night.

Once all players have agreed on the rules, each person takes a turn to roll the dice. The player with the highest roll of the die starts the game. 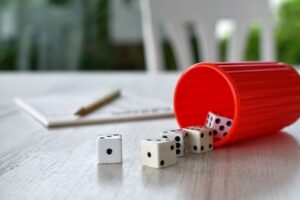 The player may reroll any unset scoring dice, as well as the non-scoring dice. If all six dice have been set aside for scoring (known as having “hot dice”), the player has the option to roll all six dice again and continue adding to their accumulated score, or they can bank their points and end their turn.

When the player’s turn has ended, all of the points that were made are added to the score. Then the next person receives the die.

The game of Farkle is all about scoring points. There are many different ways to score points in the game, and the rules can be modified to fit the players’ needs. The combinations and their corresponding point values are as follows:

Tree Pair – Example roll & scrabble play where you could use this combination to create a “triple pair”:

If you have already set some numbers aside during earlier turns to cobble together other higher pt combo plays such as “Full House”, then obviously those numbers cannot later contribute to a triple straight because they’re no longer available on your tableau.

How to Win Farkle?

When the first player scores 10,000 or more points wins the game, provided no other players can exceed that score on their next turn. 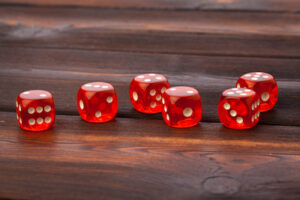 The Variations of Scoring at Farkle

The game of Farkle has several different scoring rules. These can be used in combination with, or instead of, the basic scoring system outlined above. You are free to select any or all of the variations that you wish; however, only one or two at a time so that the game does not get too complicated.

Five of a kind = Triple the 3-of-a-kind value

Six of a kind = Quadruple the 3-of-a-kind value

Score For Starting Out

A Different Way To Win

What Is A Hot Dice Roll?

When To Use Welfare?

These are the official Farkle rules. Remember, you can use any or all of the variations that you wish to make the game more interesting. So, now that you know the rules, it’s time to get out there and start playing! Have fun!